Less than one year back in the furnished accommodations business, serial entrepreneur Tim Moore already has expansion on his mind.

Tim Moore started Premiere Executive Suites in 1999 with a pair of condo units. “I bought two and they were rented right away,” he recalls. That good fortune continued with the third unit, the fourth, the fifth and so on.

“By the time I bought nine or 10 units I was panicking because it was like running a hotel. I didn’t quite know what I was getting into.”

Moore, who started his entrepreneurial career in the moving business, eventually adjusted to life in the executive suites rental game. Before long he was up to 30 furnished units. “And the rest is history,” he says. “We just kept expanding every year.” In 2010, when Moore sold Premiere Executive Suites to Southwest Properties, the coast-to-coast company had close to 1,000 units across 18 cities.

Four years later, Moore is back at it. His newest venture, Moore Executive Suites, launched in December 2013 and has an identical focus: the renting of fullyfurnished executive suites for medium- to long-term stays.

And once again Moore is pleased to discover demand is high for his company’s offering.

“Within a month and a half we were full. And we’re in the slow season right now,” he reports. “We need a lot more units.”

One of the Moore Executive Suites’ properties is the Mary Queen of Scots Inn in Halifax. Built in 1860 and located on Queen Street, the historic building has been owned by a number of prominent Nova Scotians, including a former Supreme Court judge.

More recently, it was owned by Premiere Executive Suites, thus Moore is very familiar with his company’s f lagship property, which houses the Moore Executive Suites office. Though already in very good shape, the Mary Queen of Scots Inn was recently completely refurbished with new furnishings and a number of improvements including an upgraded laundry facility.

Moore Executive Suites also boasts units in other notable Halifax buildings, including The Trillium and Salter’s Gate, where Moore has secured a half dozen additional units.

So why is Moore back in the furnished suites business, just a few years after exiting it? It’s a question he has heard often, and there are two answers. The first involves his continuing interest in real estate.

“I’ve been telling my boys since they were kids that 95 per cent of millionaires in Canada are seriously involved in real estate,” he says. “So don’t reinvent the wheel. Make sure you buy some real estate.”

Moore makes his declaration by phone from Barbados, where his company rents two luxury villas. “Our properties in Barbados are the best on the southeast coast. You’ll never lose here,” he says. “I know that if you buy smart in real estate you’ll always do well. And if I can have fun at the same time, why not?” (Moore Executive Suites also owns vacation properties in Canmore, Delray, Florida, Alberta and Chester, Nova Scotia). The second reason for Moore’s re-entry into the rental property business: His family is now prominently involved. Moore’s two sons, Matthew and Chris, are both partners in the new company. Chris’ wife and Moore’s daughter-in-law, Lizzie, is also a partner, as well as president of the company’s famous Oceanstone Seaside Resort. The family purchased Oceanstone, which is located minutes from Peggy’s Cove, in 2011. They have since spent more than $1 million upgrading the seaside property. In 2013, in its second year under Moore ownership, Oceanstone was profitable. “I was very pleased with that,” he says. Additional partners include Colin and Carol Dodds, Lizzie Moore’s parents, as well as Jason Buchanan and Tim’s wife Bernadine.

Moore admits he’s always “trying to get a deal in real estate.” Yet he wasn’t always a deal maker. In fact, Moore started his career as a junior high teacher in Sudbury, Ontario. “I taught everything except science and math,” he recalls. That was back in the 1970s and the pay for teachers was “very, very poor”. “I was not happy with the money,” he admits. So he enrolled in a graduate program at McGill University in Montreal, hoping it would push him up a couple of pay grades. The plan failed, however, when he ran out of money. “I was broke half way through the year. I traded my car in for a pick-up truck and started to advertise for local moving jobs.”

Moore sold his final stake in AMJ Campbell in 1999. That same year, inspired by a suite rental company in Toronto, he bought his initial two Halifax condos and started Premiere Executive Suites.

Premiere Executive Suites grew and grew but Moore eventually decided he wanted to retreat from the day-to-day rigours of running a national company, especially after 12 years of commuting back and forth from Toronto to his home in Chester.

This time, with Moore Executive Suites, the setup is different. Moore is less involved with the nitty gritty of day-to-day operations, handing those duties off to Kath Perry, the company’s President and COO.

“Tim and I just started chatting. He mentioned he was getting a new business going,” Perry recalls. “That’s where all the best business deals come from – a seemingly random encounter.”

Perry was intrigued by Moore’s plan and later sought him out for lunch.

“I heard she had a great reputation, therefore I wanted to meet her again,” Moore says. “It wasn’t until half way through lunch that I realized I was doing an interview. We talked for an hour and half. At the end I said, ‘You’re it. You can be president of the company. You put up your $100,000 for 15 per cent and you’re in with us.’”

Moore says it was the fastest hiring he’s ever made. That said, it was still very much in line with his general approach to hiring.

“I’ve never put an ad in the paper to hire anybody in 35 years. Everybody I meet is a potential partner or employee,” he says, noting he prefers to “observe” potential hires.

For her part, Perry has felt most welcomed by the Moore clan.

“They’re so incredibly open and trusting of new partners,” she says. “It’s been a really amazing experience to be welcomed into this group and really valued for my opinion and experience. It’s part of why we’ve been able to get things up and running so quickly. We were absolutely full by the beginning of January. It’s been a bit of a whirlwind, but it’s been incredibly fun.”

Perry says she’s not surprised by the demand for the company’s four-star, furnished accommodations, which provide travellers an alternative to hotel stays. “The rooms are really nicely appointed and comfortable,” she says. “We try to make people feel as much at home as possible, so they can concentrate on what they’re here to do.”

Perry is also buoyed by the potential for expansion, including in St. John’s and, eventually, points further west.

Moore is forecasting $500,000 in sales in the company’s first year, but he’s quick to not hop too far down the expansion path.

“We first have to get this on solid financial footing. Then we’ll move on to the next city. Franchising is also an option. I’m already getting inquiries. But I’m not there yet,” he says.

“Entrepreneurs tend to get into trouble when they expand too fast, or when they have this illusion that they want to be a big company. Forget that. That’s all ego. Just do one thing at a time and do it well.” 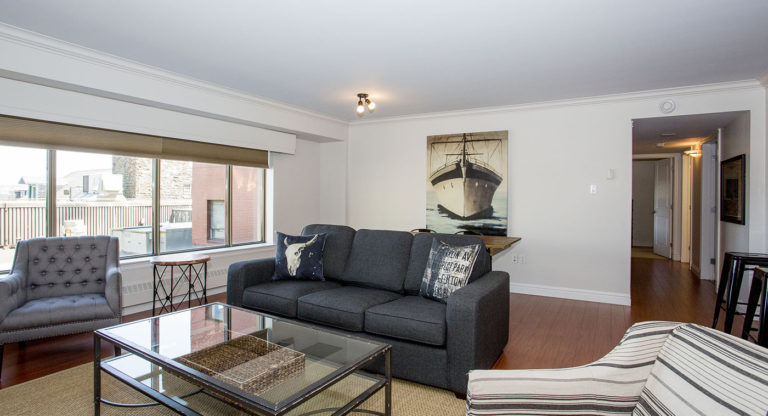 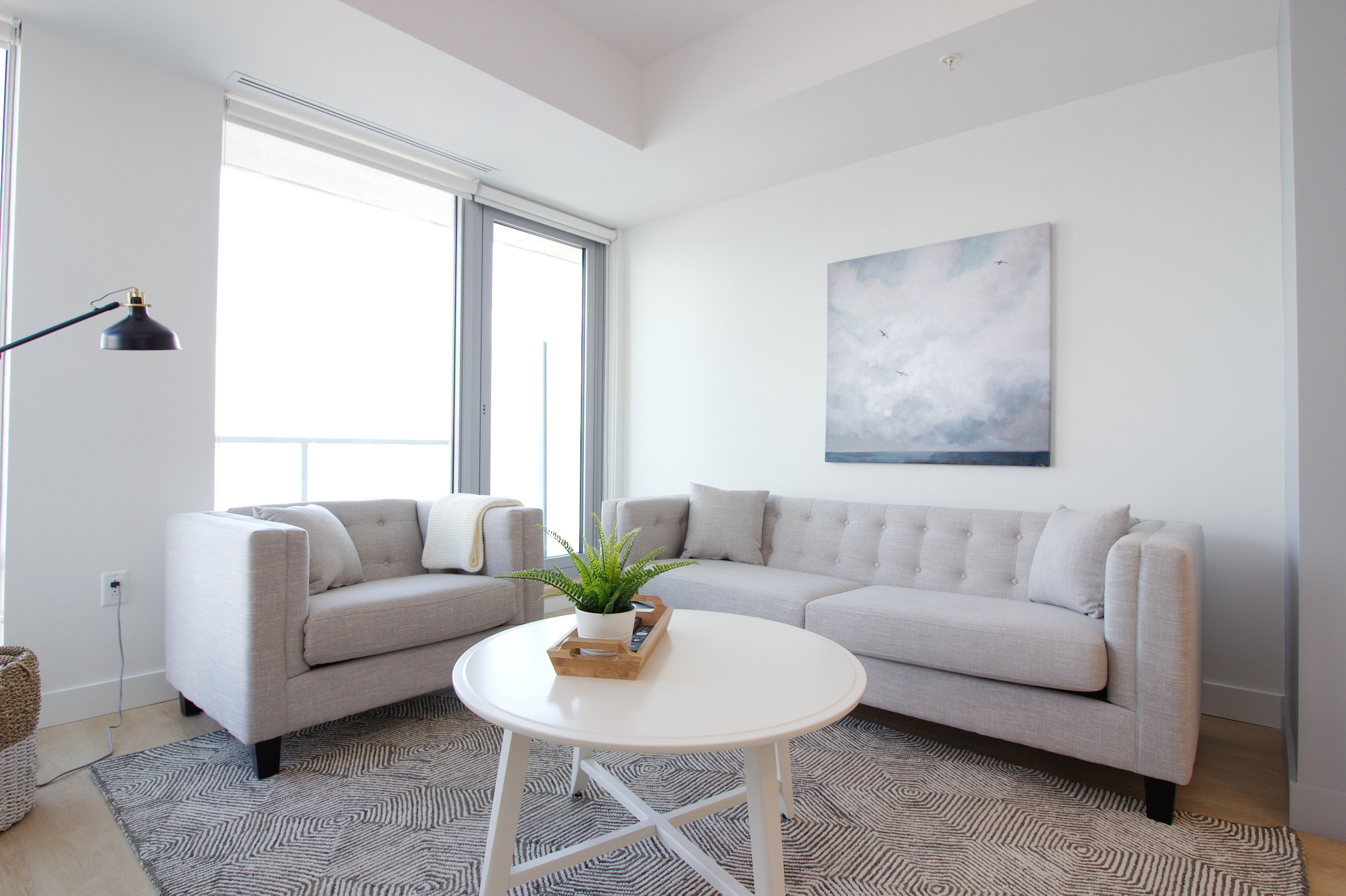