Tim Moore has no plans to stop working, but that doesn’t mean he isn’t thinking of a day when he won’t be around

“You sound like my banker,” Tim Moore jokes when I ask (again) about his succession planning strategies. It’s not that Moore (left) hasn’t thought about how futures should (and should not) unfold. He says he’s even considered writing a book on the subject. That would be his third.

But personally? “There’s more I have to do,” he concedes when talk turns to personal wills and family trusts. Still, he insists he isn’t worried about how the many partners or the many businesses he has launched will fare when he’s gone. “They’ll find someone to take my place,” he says simply. “No one is indispensable.”

But if you ask him, as we once did, “What’s the worst thing that has ever happened to you?”, Moore’s answer is simple and direct: “Leaving AMJ Campbell in 1999 with a poor successor. I did not give a lot of thought to succession planning and failed.”

Let’s back up that moving van.

Thomas C. (Tim) Moore, a fivetime winner in Atlantic Business Magazine’s Top 50 CEO rankings, began his professional life back in 1969 as a junior high school teacher (“I loved teaching”) in Sudbury, O.N., before discovering there was better money to be made moving people’s stuff around in the back of his 1968 Ford pickup. He was soon running his own small, six-vehicle moving company in his hometown of Montreal.

In 1977, he acquired an underperforming Barrie, O.N. moving company named MJ Campbell for $150,000. Moore changed its name to AMJ Campbell, mostly to move it closer to the top of the alphabetical heap in the Yellow Pages listings, and then began cobbling together what would become, by 1988, the largest independent moving company in the country with 35 locations and $60 million in business a year.

He did that, in part by making everyone — from customers through uniformed movers — part of the team. As one operator put it to author Allan Gould, “AMJ was more of a brotherhood than anything.” Franchisees and partners received 10 per cent of annual corporate profits; workers got instant bonuses for service above and beyond.

In 1988, Moore sold a 70 per cent interest to Vector, a highflying venture capital group, which took the company public four years later. “The upside,” explains Moore, “is you usually reap a huge financial return. The downside is you end up losing control.”

Moore plowed some of his own return into what he thought would be an early-retirement/new-baseof- operations estate for him and his family in Chester, N.S. (Though he didn’t have personal roots in Nova Scotia, Moore’s wife is a Maritimer whom he married in Chester 37 years ago.) But he was ultimately lured back to the Toronto head office after the company had sunk money into a disastrous acquisition that wasn’t part of Campbell’s core business. “I turned it back around in a year,” Moore says proudly.

By 1999, he was ready to return to Nova Scotia for good — “my wife didn’t want to move back to Toronto” — and leave the business he’d built in the hands of his one-time protegé, Bruce Bowser, a former banker he’d hired in 1992 as managing partner and vice president.

That was his big mistake, he says. Over the years, he says he’d heard complaints from company insiders who felt Bowser didn’t share the company’s “brotherhood” culture and didn’t treat its drivers well. Moore, in fact, had initially courted two outside high profile lawyers to replace him as CEO, but both turned him down, saying they didn’t believe they could work with Bowser. “I had a knot in my stomach,” he says of the decision to choose Bowser. “I said to him, ‘This is an opportunity of a lifetime. Don’t blow it.’”

But as soon as Moore was “out the door,” Bowser began dismantling what Moore saw as the company culture, removing the photos of key people — “reminders” of the company’s history” — from the lobby and board room walls. Despite a fiveyear $150,000-a-year company consulting contract, Moore himself was pointedly invited not to attend an industry convention in Hawaii. “They’d pay me and my wife to go somewhere else,” he recalls. He wrote an “ugly letter,” locks on the doors were changed, contracts terminated. There were lawsuits, a foiled hostile takeover, a management buyout… (Bowser, not surprisingly, tells a different story. In 2005 interviews with the Globe and Mail and Business Edge Magazine, he dismissed Moore’s allegations, accusing him of “putting a spin on it to say that there were disgruntled franchisees.” The legal case was ultimately settled out of court.)

For his part, Moore says he learned some painful but valuable lessons. Most important, when you discover you have “issues” with someone you’re grooming as a potential successor, “deal with them then and there. Do not procrastinate.” The second key lesson, he says today, is “do not relinquish your position or leave the organization until you have an individual and team to carry on the culture.” You can’t run any large business from a distance or part-time, he adds, so you need to “maintain control until [you] decide to leave permanently.” Although scabs from his battle over the succession at Campbell will never completely heal, Moore is now philosophical. “If it hadn’t been for that,” he says, “I wouldn’t have started Premiere…” In 1999, he and his wife bought two Halifax condos, furnished and rented them as short-term executive accommodation, laying the foundation for what would become Premiere Executive Suites (sold to management in 2005). In April 2005, Moore teamed up with 17 former Campbell franchisees to launch Premiere Van Lines, which spawned a “suite” of Premieres: Premiere Self Storage, Premiere Car Wash, Premiere Mortgage Centre, and, more recently, T.C. Moore Developments, Moore Executive Suites, Moore International Luxury Villas, Oceanstone Resort, Atlantic Signature Mortgage and Loan…

Though he says he’s had partners in every business — “and 98 per cent were great” — he adds he’s now more selective. Most partners are longtime friends or family, including sons Chris and Matthew, and daughter-in-law Lizzie Dodds. “We have a mortgage company, and I’ve brought deals I thought we should finance,” Moore says. “And they’ll say, ‘Dad, we evaluated it and we’re not going to do it.’” He smiles. “You’ve got to empower them.”

That too, he says, will make succession simpler.

Though he’s now 70 and reducing the time he spends in the office, Moore says he can’t imagine ever completely retiring. “What would I do?” he asks. 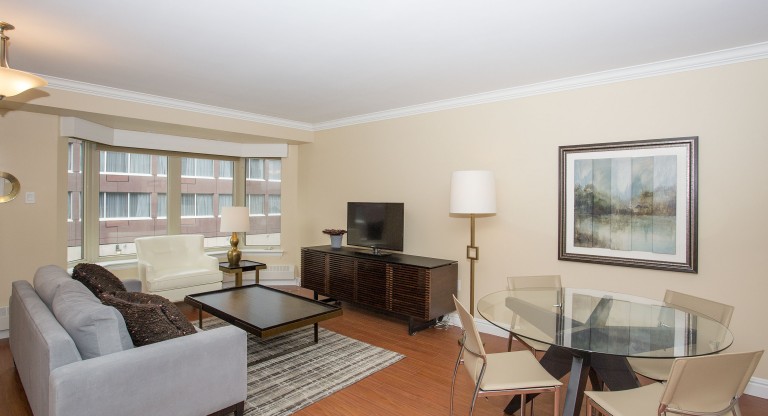